On Sunday, I headed to my last and some would say most important destination - The Great Wall. However, the weather was not the best for viewing this national treasure. It was extremely foggy. Even though it was early Sunday morning at 8 AM, and even though the weather was bad, there were still tons of tourists.
We went to the Badaling section of the Wall. 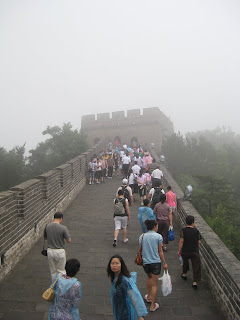 The Great Wall is divided up into sections by these guard towers. In case you did not know, the Wall was built to protect China from the Mongol invaders of the north. Many people died while building the wall, and apparently it was not too effective in warding off invasions. 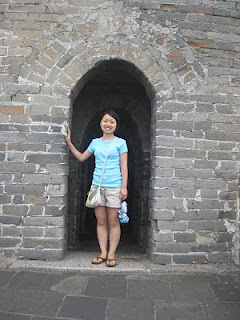 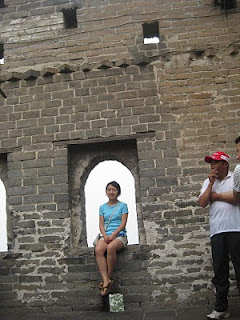 It started becoming even foggier... 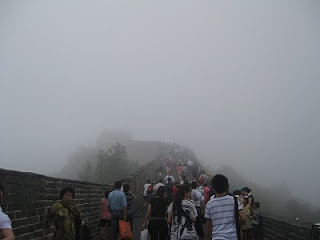 I really couldn't see much beyond the walls, which was a shame. I hear that the scenery is usually very beautiful. 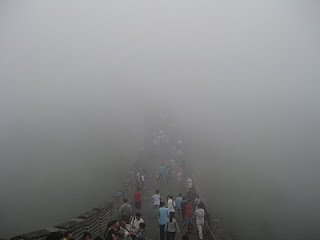 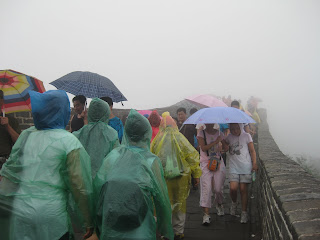 It became really crowded. There was a roadblock ahead at one of the towers so sadly I did not make it to the top. Apparently, there is a Chinese saying that you aren't a real man until you climb to the top of the Great Wall. Hey, I climbed to the peak of Hua Mountain, which was much more physically exerting! 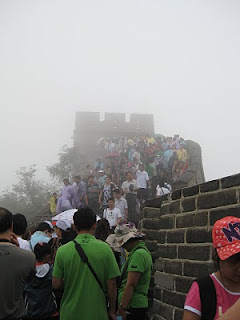 Oh well, there's always next time! Next time, I will make sure to journey to the Wall at an odd hour such as 4 AM Wednesday morning to avoid the crowds. Hopefully the sun will be shining then as well.
Posted by Molly at 9:00 PM

Molly
Hello everyone! I'm Molly, a recent college graduate. I love to travel, and this blog documents my adventures around the world. Over the past few years I've gone to China and Southeast Asia. I worked in Singapore for a year, and I'm currently based in Taipei.